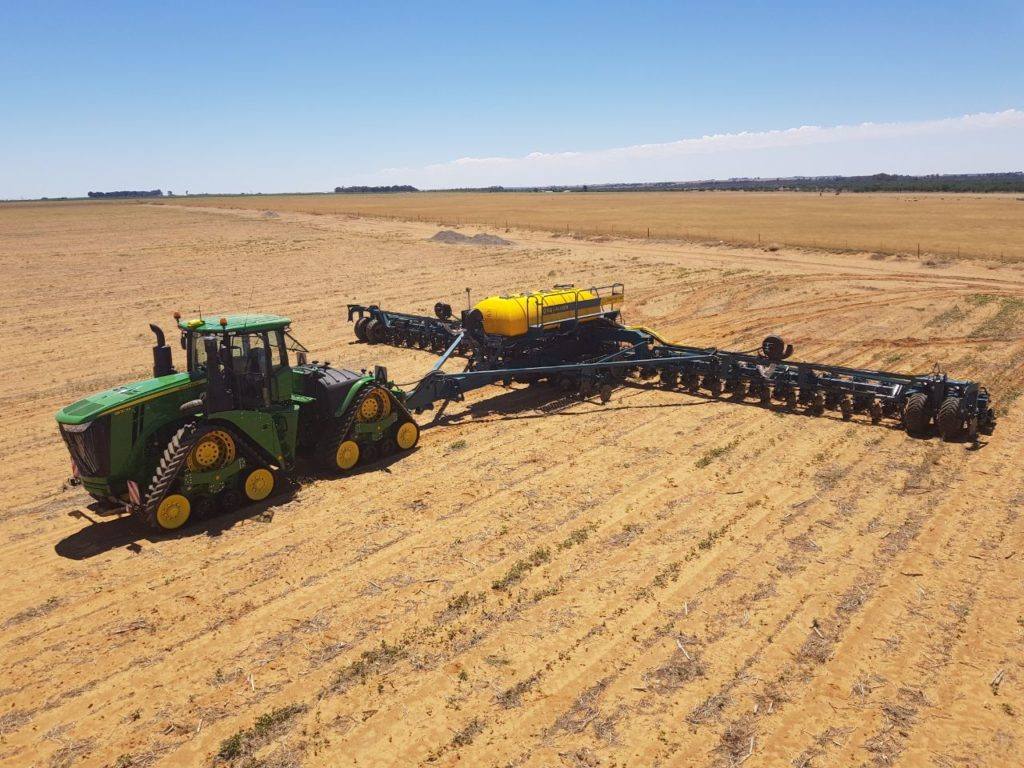 Albertus Brink farms in the Hoopstad area of the Free State Province, the heart of South Africa’s maize triangle.

15 years ago, in 2003, Mr Brink switched his way of thinking about his farming operation, Veekraal Boerdery. He now regards precision farming as a management tool that enables him to make optimal use of his land and achieve the highest possible return on his investment.

He started by analysing and classifying the soils on his lands in a diamond pattern and realised that certain areas were not receiving sufficient nutrients while others were being overdosed. Soil analysis enabled him to begin finding solutions. His view is that farmers will get better results if they discontinue the conventional practice of using average inputs, and instead, use specific inputs for the various areas according to their needs. He feels that to make a profit, input costs must be consistent with the land’s potential. By putting the fertiliser where it can do the most good, he gets a better net yield and an improved profit margin.

The farm’s Claas Lexion combine is fitted with the Claas Cemos and Cebis systems as well as a GPS system that monitors yields by area. The yield maps are used by consultants, SGS Nvirocrop, to create prescription maps. The prescribed variable rates of fertiliser are then applied, granular prior to planting and a liquid ‘pop-up’ fertiliser with the planter.

Lime was originally applied using the farms own Radium spreader, also at variable rates, to correct acidity detected by soil analysis. This is now done by a contractor, to avoid operational bottlenecks. The contractor also uses a variable rate spreader.

Mr Brink says that savings on the fertiliser account were not significant during the early years, due to the necessity to correct imbalances in the soil. Eventually it became more beneficial to use single product fertilisers at prescribed rates. This definitely lowered costs and improved both yields and profitability. Results have been quite spectacular; in 2014 a yield of 10,462 tons/hectare was achieved on a test plot, with the Dekalb maize cultivar 7777. This was for a crop competition sponsored by the local High School.

He says, “The more information you have at your disposal, the better you can do your planning, and make decisions accordingly. With precision farming a lot of the guesswork is removed, you know exactly what’s happening in the land.”

His fields are ripped prior to planting with an ‘on-farm’ designed ripper using an Orthman toolbar with ripper tines; Mr Brink plans to fit opening disc coulters for next season. Granular fertiliser is applied at the same time as ripping 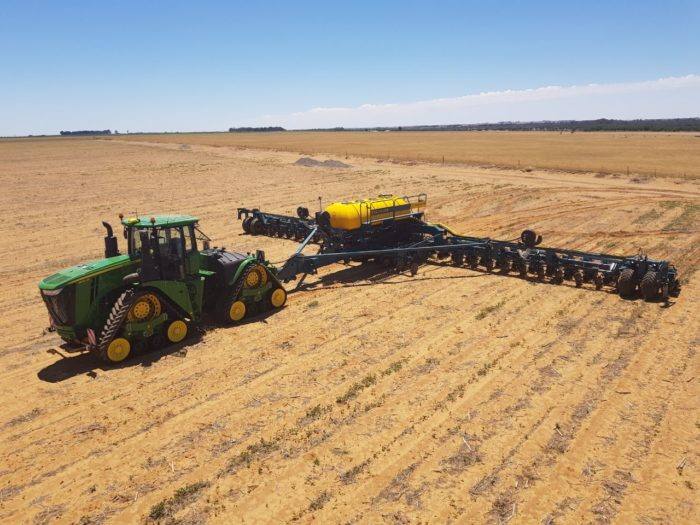 Last season he acquired a new Equalizer planter, manufactured in South Africa. This is a conventional 32-row planter with 762 mm row-spacing. The 4 hoppers have a total capacity of 7,800 litres and the hopper section runs on Camso tracks. Liquid fertiliser is controlled by a Müller Isobus drive controller that allows for a single liquid product at a flat rate controlled from the tractor cab. It can also function as a variable rate controller if the tractor’s Isobus terminal is unlocked for variable rate application. The planter’s central seeding system is fitted with the Precision Planting vDrive for the control of seed distribution. Mr Brink says that the Equalizer planter’s seed placement is incredibly accurate, particularly with seeds such as dry beans and sunflower, which can be quite difficult. Central seeding has certainly speeded up the planting operation. Refill times are down to a few minutes. 5,000 litres of liquid fertiliser can be pumped on board, through 3” hoses, at 1,000 litres/minute. While this is going on, the seed is loaded in 1-ton bulk bags. Pulled by a John Deere 9570RX Four-Track and working at speeds up to 16 km/h, this rig can realistically plant more than 30 ha/hr. 300 hectares in a 10-hour day!